Edit
watch 01:36
We're Getting Mutants in the MCU - The Loop
Do you like this video?
Play Sound

Elizabeth Quinn is the widow of Josef Quinn and the mother of Rebecca, Marjorie, Claudette, Maureen, and Michaela. She was played by Mary Gregory, Jane Wyman and Georgann Johnson.

Dr. William Burke is one of the two physicians treating Michaela's mother. When she arrives in Boston having traveled several days from Colorado Springs. They tell the family to prepare to say their goodbyes. Michaela, upon a quick examination of her mother, against both her own wishes and the lead doctor in the room, realizes her mother is suffering from a treatable disease that can be cured with a simple Indian tea. Tho left untreated would have also killed her. Within a month she is completely healed. During those weeks, William and Michaela traveled around to less fortunate areas of Boston treating the sick. William proposed to Michaela. Though she eventually turns him down and returns home to Colorado. 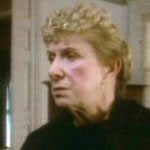 As played by Mary Gregory 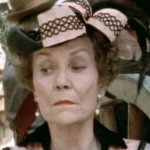 As played by Jane Wyman 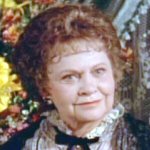 As played by Georgann Johnson

Community content is available under CC-BY-SA unless otherwise noted.
Advertisement